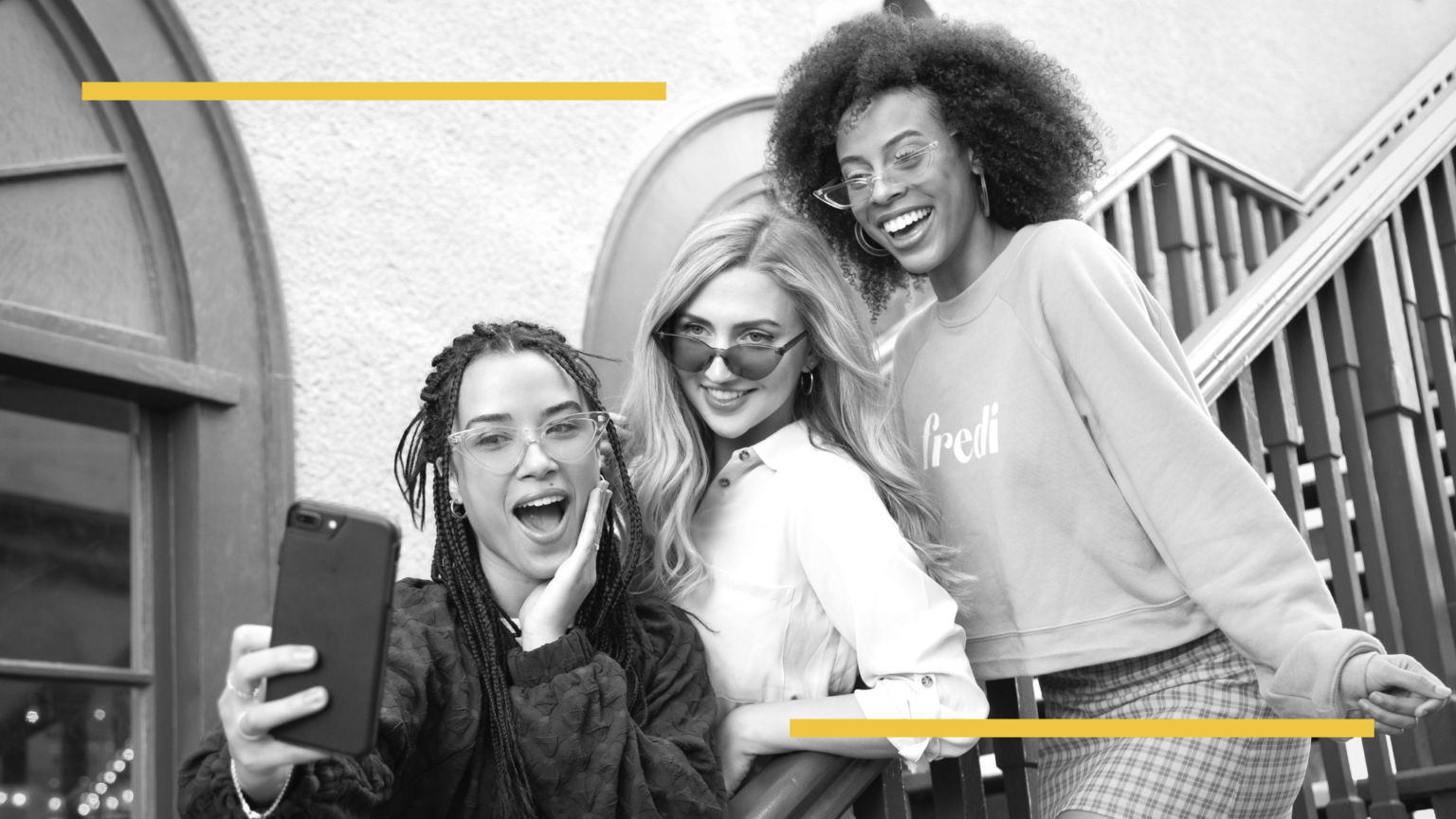 Nowadays, influencer marketing is taking more and more place in the marketing strategies put in place by businesses. This approach appeals to people named “influencers”. These last years, influencer marketing is becoming more and more present, and a high increase can be observed. This strategy has many advantages for all parts: the brands, the influencers and the consumers. Indeed, the brands will gain in visibility, the influencers will be paid, and the consumers will have the opportunity to benefit from coupons and promotional codes.

In a former article, we speak about influencers at the heart of your digital strategy. Today we are going to focus on nano-influencers. These people can be of great help to increase the visibility and your sales.

1. What is an influencer?

Firstly, it is essential to define the term “influencer”. They are people that have managed to create a community on internet and that are appreciated. The influencers are most of the time classified according to the size of the community. In other terms, they are categorized according to the number of followers that follow their accounts and what they share on social media. Among all the influencers, it is possible to identify various types. Mega-, macro-, micro, nano-influencers exist.

Mega influencers are icons that a lot of people know. They have significant visibility. Nevertheless, they are difficult to attain, and their cost is very high. The authenticity of your brand will be put to one side as the influencer will not really know it.

The macro-influencer owns most of the time an account on the most popular social media platforms, but also has a blog and a YouTube channel. The number of people that follow them is between 100 000 and 1 million. They can then allow you to increase significantly your visibility. To use this type of influencer you should spend approximately 4 000€ per post. Nevertheless, don’t forget that these people live from this activity. It is possible that they are not really interested in your products so therefore the approach is perceived as less sincere by the followers. If the influencer is not sufficiently informed on your products, you could even lose in credibility.

A micro-influencer is someone who owns between 10 000 and 100 000 followers. They have a lot of visibility given the number of followers and will produce quality content that will put your brand forward. The prices will be between 50 and 500€ per post published on social media.

The nano-influencers are the people that have between 500 and 10 000 followers. They generally work for free or a small price. In exchange, they ask for product donations. With their small number of followers, they stand out by their authenticity and inspiring confidence to their followers. Indeed, as being an influencer is not their job, they do it by passion. So, they are really interested and invested in the brands and the products that they are going to promote. This will be felt when they post on social networks or on their blogs. Even if the number of people that follow nano influencers is limited, it represents a good compromise for the businesses that don’t have a lot of budgets but want to increase their sales and their visibility.

2. The advantages of producing campaigns with nano-influencers

Now that you know the different types of influencers, let’s dive into the heart of the subject with the nano-influencers. They are more and more present online and in particular on social media. The number of followers that they have generated certain proximity to their community, which reassures them.

“34% of internet users judge an influencer authentic if he supports the values and benefits of its community.” (Reference: maltwater.com)

Concerning the advantages of this marketing approach, we can firstly mention confidence. Indeed, the big influencers that have an important number of followers suffer from confidence problems when they offer new products. Buying followers and likes is the reason for this mistrust. This phenomenon does not exist when calling on nano-influencers. They have a much smaller community with whom they have many more exchanges and contacts. They will be much more accessible. Their followers will answer much more easily as they will feel a relationship between them and the nano-influencer. Their engagement rate, which is the ratio between the number of average likes and the number of followers, is generally high.

“61% of consumers interact with influencers at least once a day.” (Reference: Rakuten marketing)

At the community level, this one will be reassured by the fact that the influencer is like “Mr and Mrs everybody”. Indeed, the nano-influencers will present the products in the form of real advice for their followers. It will not look like an umpteenth product placement that a bigger influencer could do. The consumers will then be much more receptive facing the news they will receive.

Then, we could also mention as a positive point their engagement rate and their accessibility. Indeed, the brands are reassured when an influencer is accessible. Furthermore, the nano-influencers are also available and engaging for the brands with which they had a partnership. Given the size of their community, they are not easily sectioned by the big companies and are much less demanded. They will then be very motivated when they receive a partnership proposition.

The nano-influencers can have very different content. Some can have a “common” when others deal with specific subjects, that will interest, only one part of the community on social media. A nano-influencer that deals with restrained subjects will keep a restrained community, with the advantages that this represents for the company.

Finally, with the number of nano-influencers present on the web, the subjects tackled on the accounts are extremely varied. This will allow business to find nano-influencers that will answer the best for your style, your values and to the state of mind of the products offered by the brand. Thereby, nearly 100% of people that follow that influencer will be interested in what the business offers. 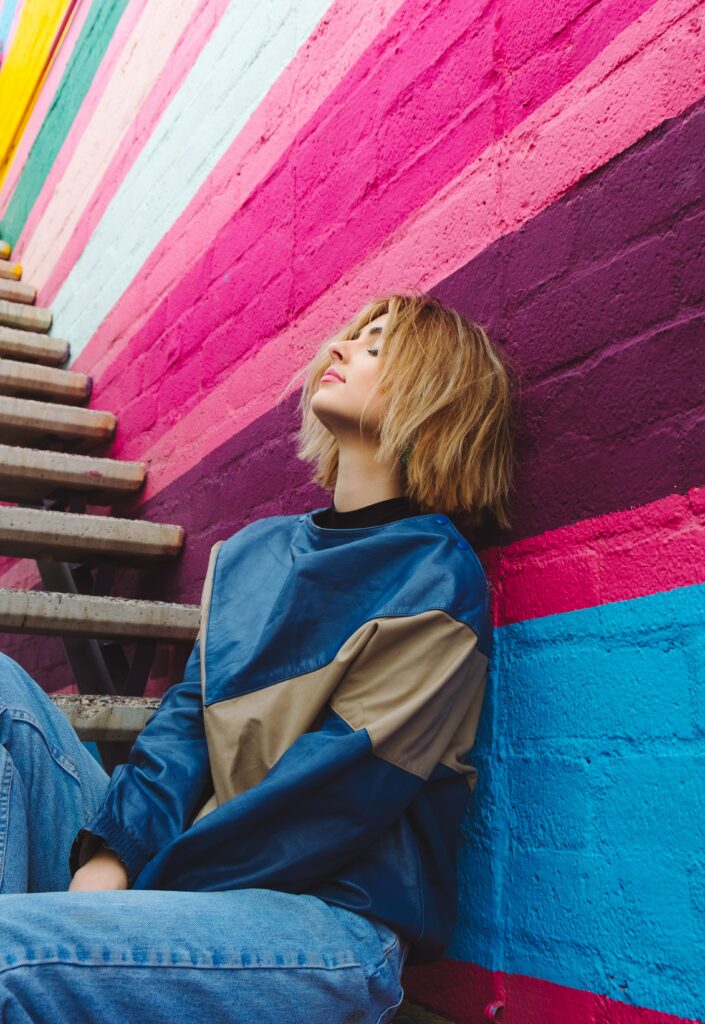 3. How to put a campaign in place?

We are now going to touch on the key to put in place this type of marketing campaign. This strategy does not fall into place overnight, it is essential to go through certain stages in order to carry out a coherent campaign.

Determine with which nano-influencer you should work

A campaign in collaboration with nano-influencers should be well thought out. The audience is reduced and specialised. They will necessarily be more interested in the product/service that will be presented to them. In order to have the most efficient campaign possible, it is essential that you define your target as well as your objectives. Once this step is achieved, it is important that you identify the influencers with whom you are going to collaborate. To do so, it is necessary to monitor the social networks to spot the different influencers that will be susceptible to correspond the best to your offer. Thereby, you will know exactly to which public influencer you will have chosen to address.

It is essential that you define the speciality of the influencer with whom you would like to collaborate and the reasons for which their community follows them. Thereby, if your brand is very specialised in their domain and you determine the correct target, your campaign can only be reinforced. Then, you should identify their way of speaking out and their type of speech. These can for example be humour, provocation, a girly aspect, etc. This step is essential to determine the tone to adopt for your campaign. Once again, this will be determined according to your target.

An essential point that you cannot neglect is the geographic zone of the influencer. If you have a point of sales in Brussels, it will be pointless to use the services of a nano-influencer from Lyon. Furthermore, it can be interesting to know if the community of the influencer is regrouped in one geographic zone or if he has followers in a “dispersed” zone. These elements are to be taken into account to once again define a better target for your marketing campaign.

Determine the type of campaign

Once you have identified the nano-influencer with whom you would like to collaborate it is essential to determine the objectives of your campaign to obtain a maximum of results in a short amount of time. You should also identify the type of partnership which will be the most interesting according to your target and nano-influencer that you have chosen.

In this type of partnership, the business sends its products to the influencer so that they can describe them to their community. This approach is efficient with the nano-influencers as the product will interest their followers. Furthermore, this will cost you close to nothing as the influencer will receive products to test for free.

The contests ask for an important implication. However, they can be very interesting for the brand in the long term. The process is very simple: the influencer posts on their social media a post with the products available to win, the conditions to fulfill to participate and the date of election of the winner of the competition.

The choice of social media is extremely important when creating a marketing campaign in collaboration with nano-influencers. Each one of them owns its specificities with different targets, according to their age, their interests, etc.

Instagram is the social media platform with the highest engagement rate. This is very interesting as the nano-influencers are also the ones that have the highest engagement rate. Moreover, the regulars on the social platforms are mostly young. When you do your research, you should not neglect any social media platform! Whether it is Facebook, Twitter, YouTube, Snapchat, Pinterest, etc. all have their specificities, their advantages, and inconveniences. The essential is to find the one that correlates the best with your expectations and your offers.

To conclude, as we have seen all along with this article, influencer marketing is more and more used. Resorting to nano-influencers is a very effective strategy and a bit costly for your business. You will have the opportunity to target potential future consumers who are really interested in the product category and the services that you offer. Furthermore, the people with whom you will carry out these partnerships will be considered experts according to their followers. Your products will be more valued. Currently, it is essential to put this type of communication strategy in place.

We hope that throughout this article you have discovered new things about influencer marketing, and more in particular nano-influencers. Don’t hesitate to tell us in the comments if you follow some nano-influencers! If you do, who do you particularly appreciate? Have you already had recourse to an influencer marketing strategy? What are the advantages that you have taken from it? Are you tempted by this new marketing approach? We cannot wait to read your feedback! If you liked this article, don’t hesitate to share it on your social media platform!